Transient Ambiances is a playful, mobile laboratory, taking place in public space with the objective to gather sonic observations, occurrences, and moods. Using binaural microphones sounds were recorded while walking in many different surroundings (urban space, a dairy farm, abandoned village, the beach etc.). The field recordings were processed and translated into an audio game – a sort of a navigator, involving random itineraries with many turns and stops. The audience is invited to replay the soundwalks in sonically dislocated environments. By merging and layering the direct and momentary experience of a place with the field recordings and the walking routes, a singular performative reality is created.

Transient Ambiances was created as part of Dislocations 2014. The residency was organised by Migrating Art Academies, Vilnius Litvania and Paese Museo, San Sperate, Italy. It was led by Susanna Schönberg and Thomas Hawranke. The project was presented in 2014 at the Museo Crudo at San Sperate, Italy and at the Contemporary Art Ruhr (C.A.R.) at Essen, Germany. 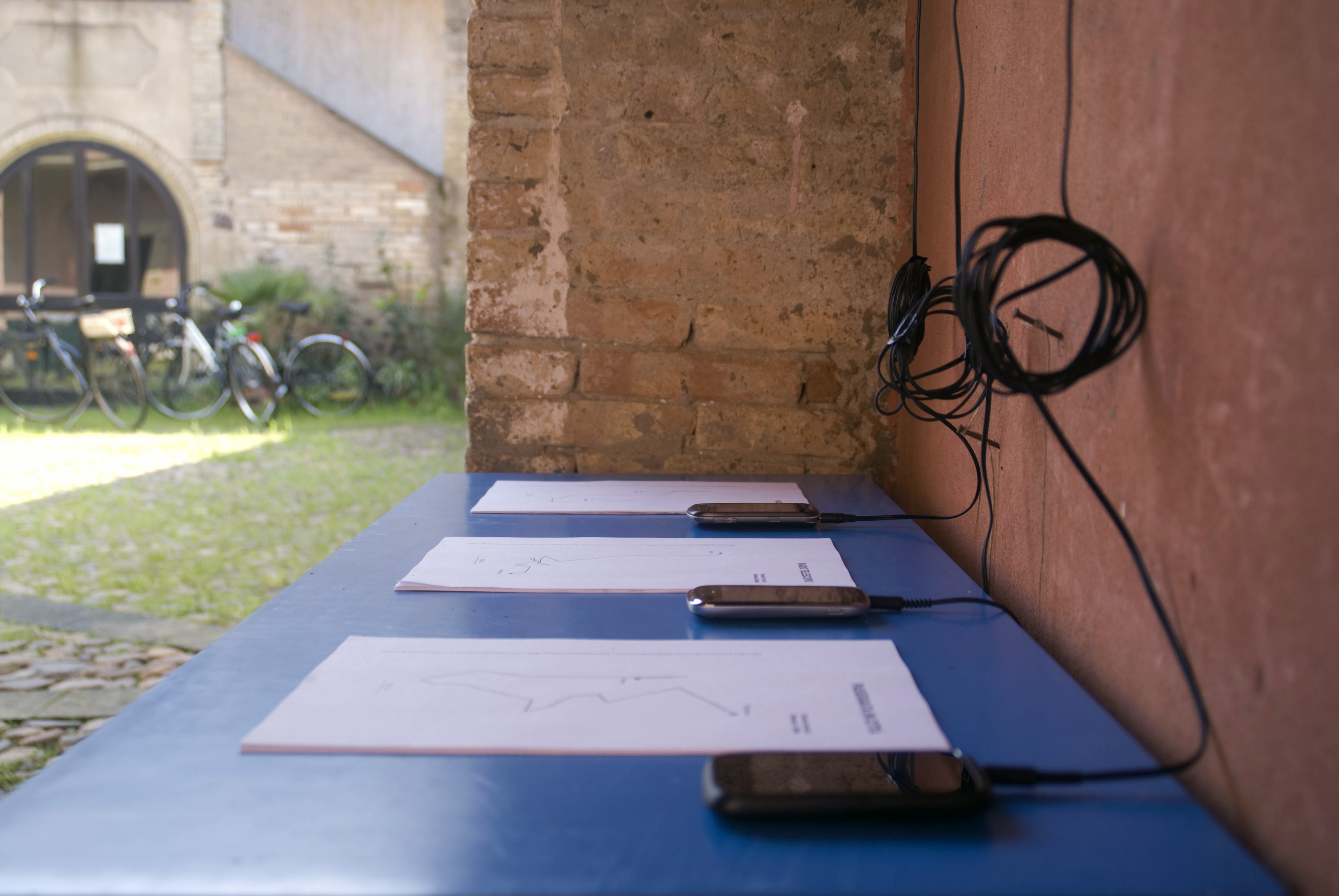 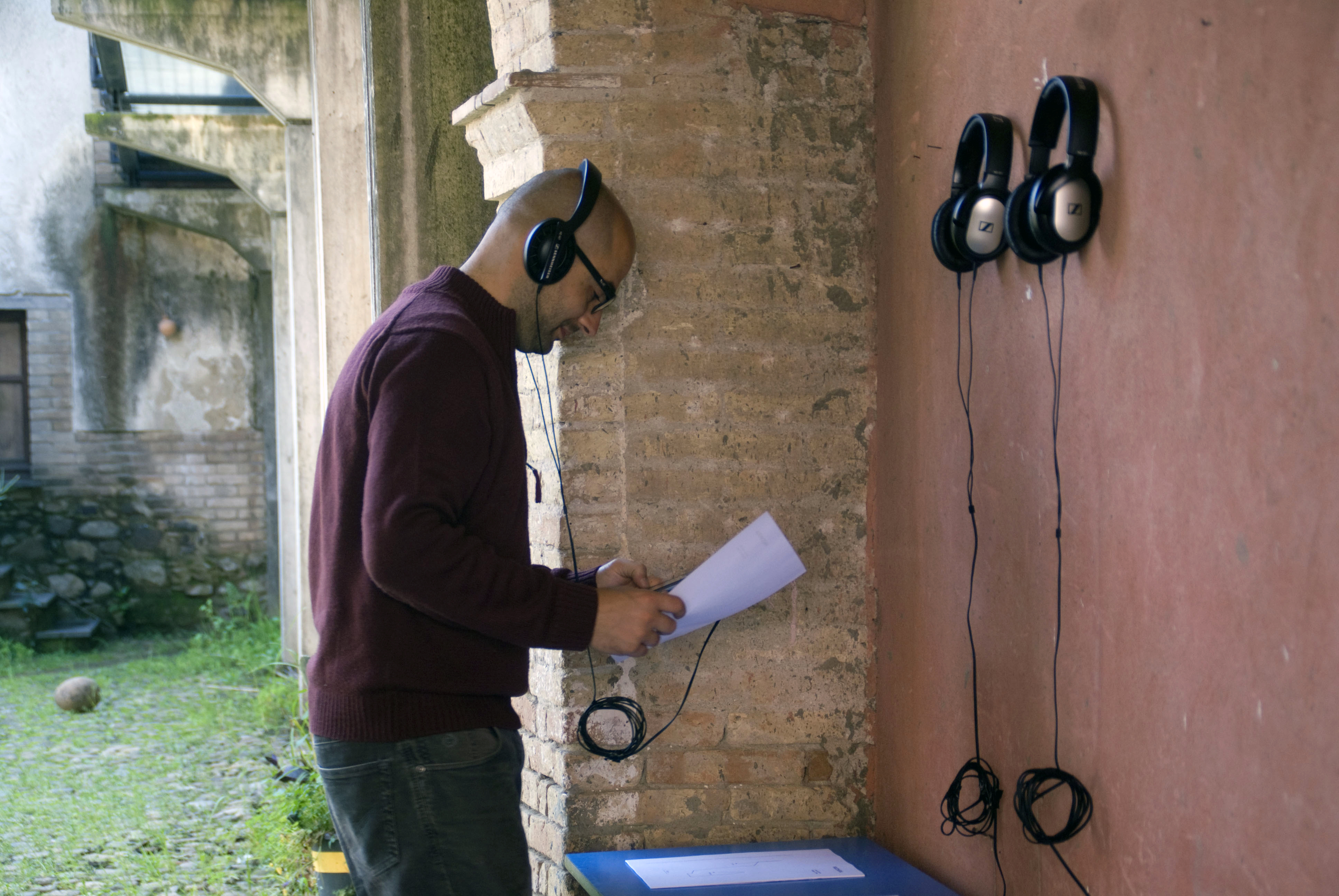 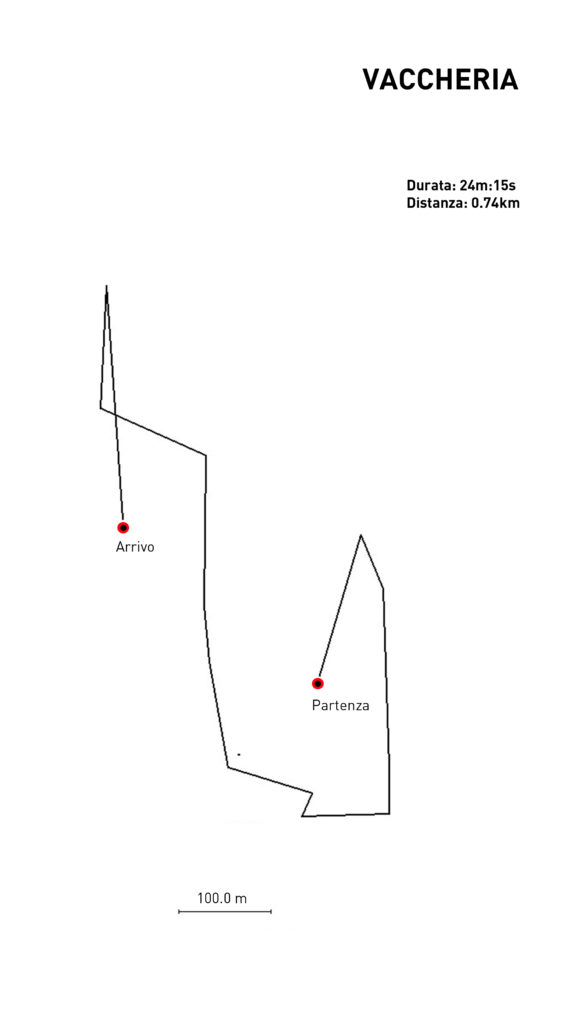 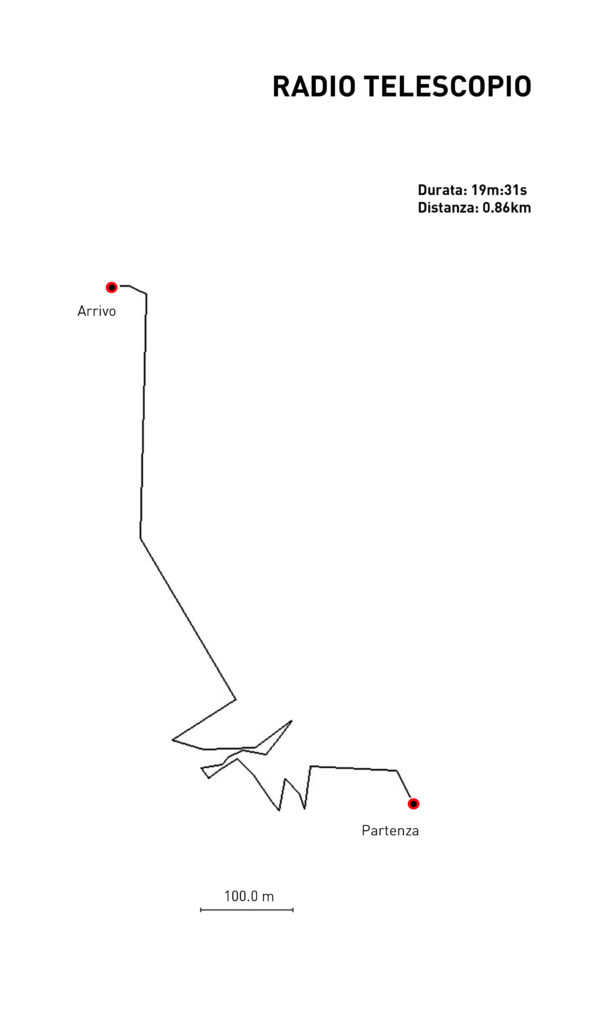 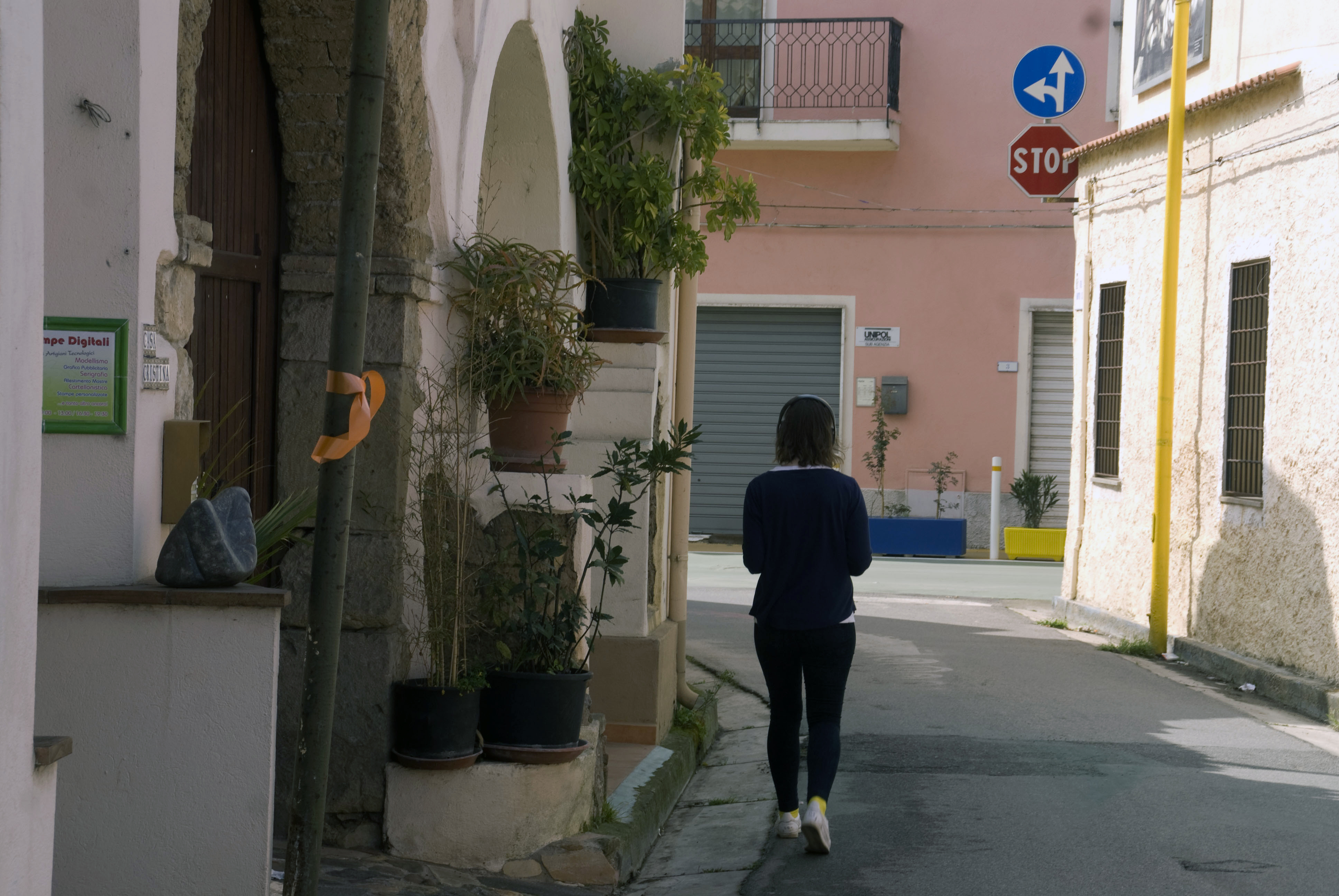 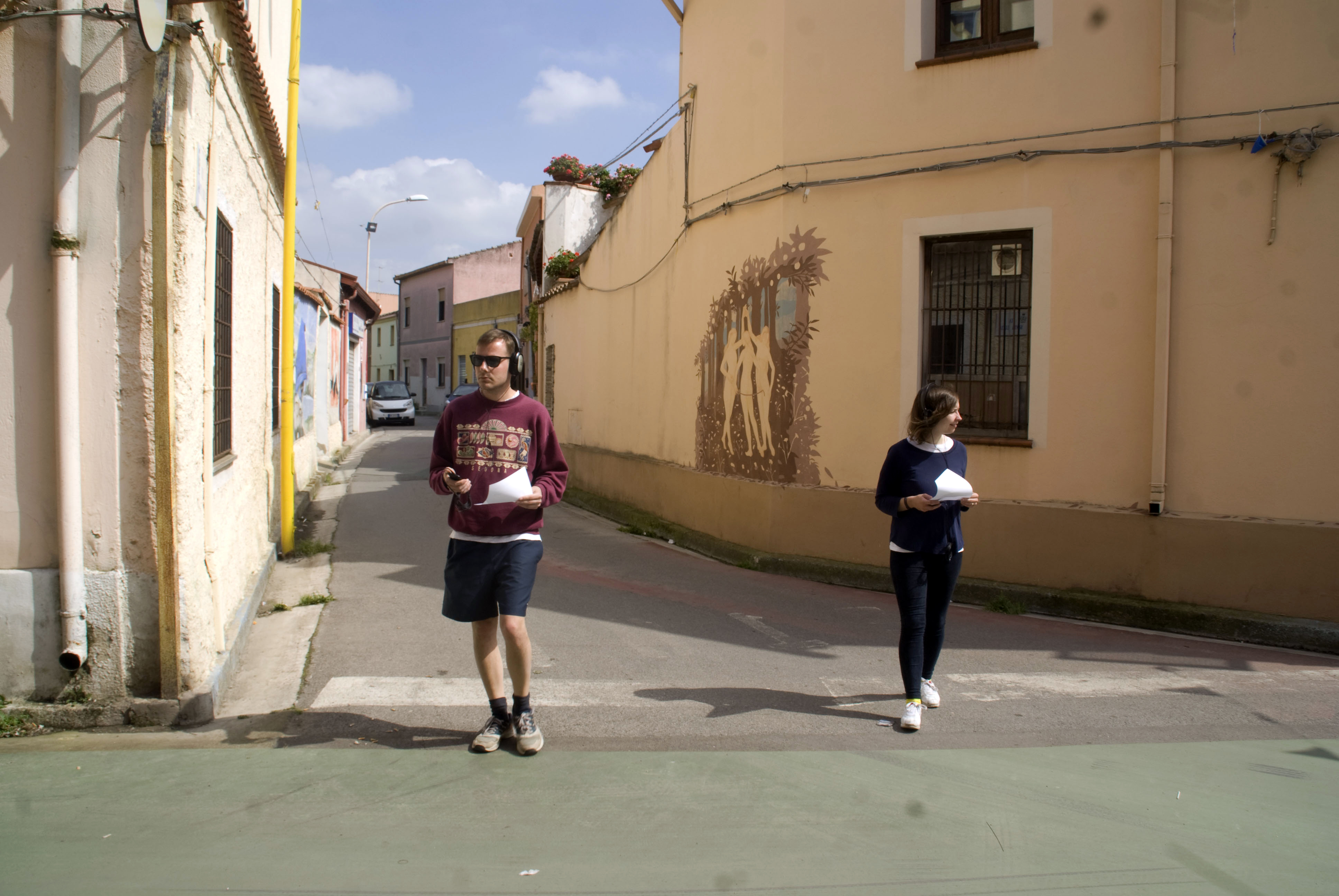 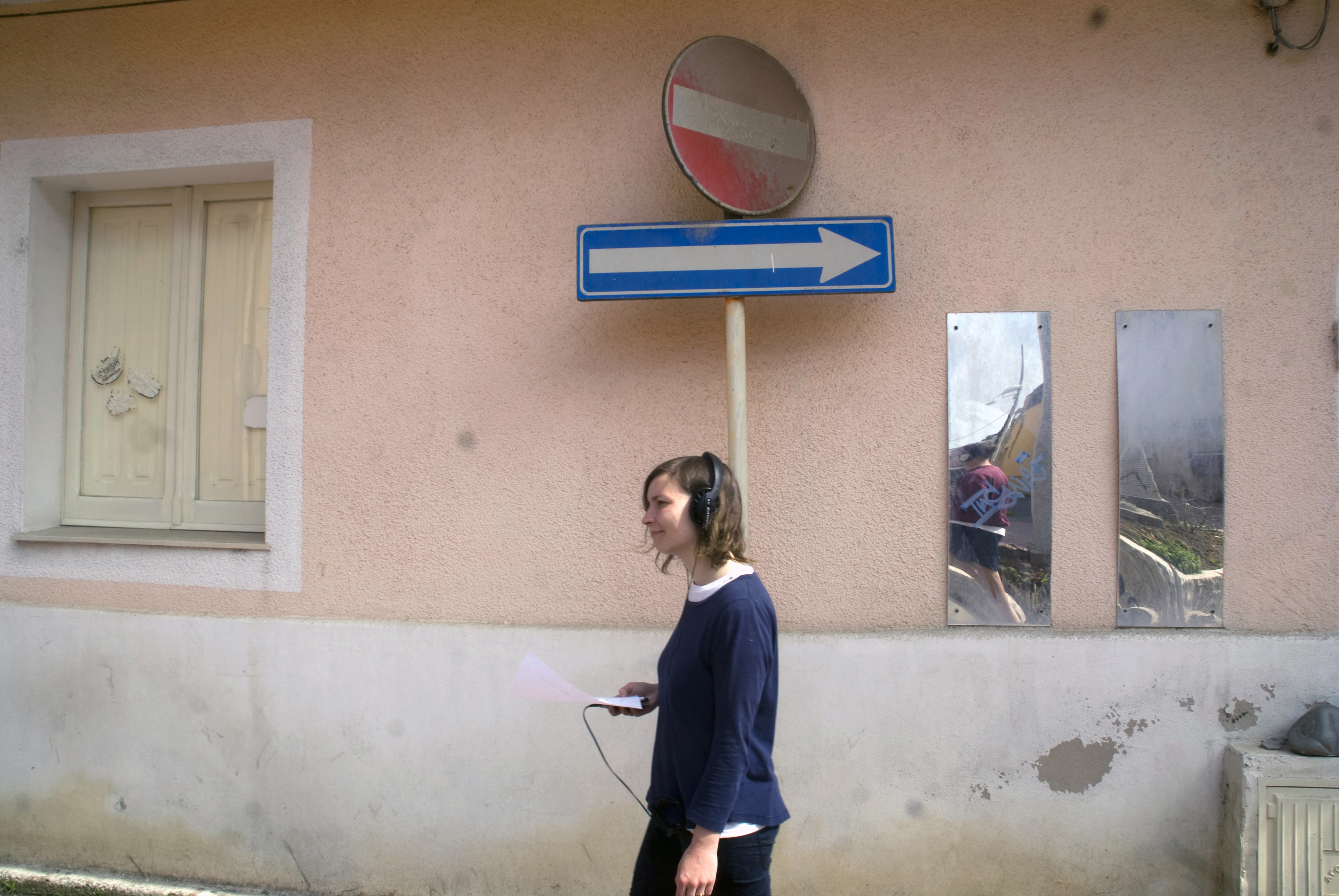