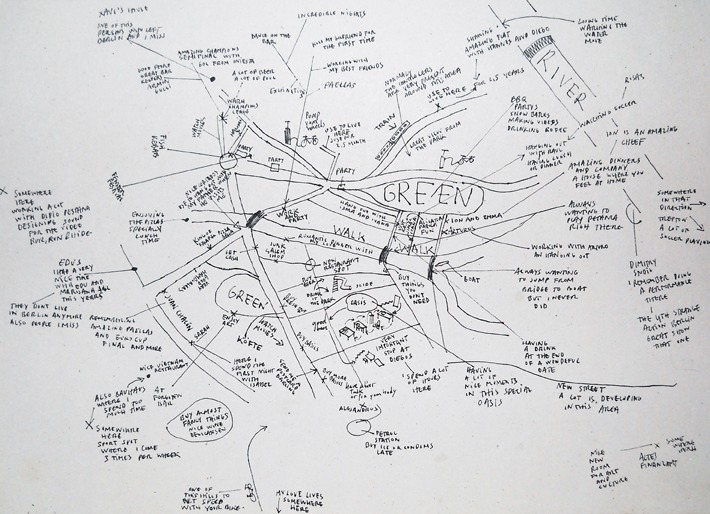 11 Mental Maps Kreuzberg focuses on subjective notions on the Berlin neighbourhood Kreuzberg, formed through personal experiences, feelings and everyday life practices of a group of residents. The research relied upon the method of mental mapping by asking the participants to draw a personal map of Kreuzberg. The mental maps involved places that are subjectively meaningful to the residents, accompanied by a brief explanation why these places are important. Based on this information – one mental map of Kreuzberg and numerous street signs, whose content was related to the explanation notes, were created. Using the same visual language and form as official street signs in Berlin, installed on the mapped locations the signs contested and subverted the formal narratives and functions of these places. 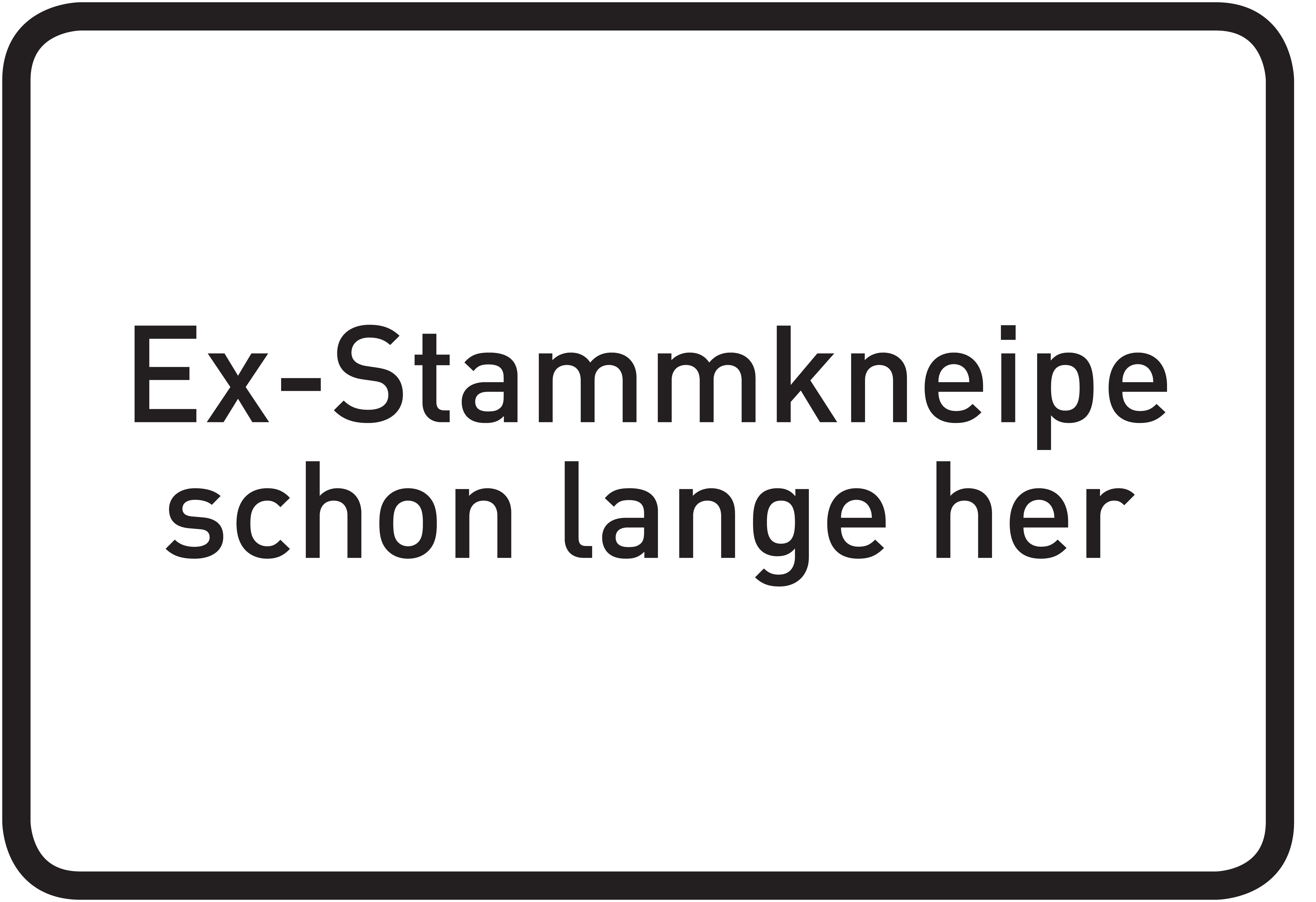 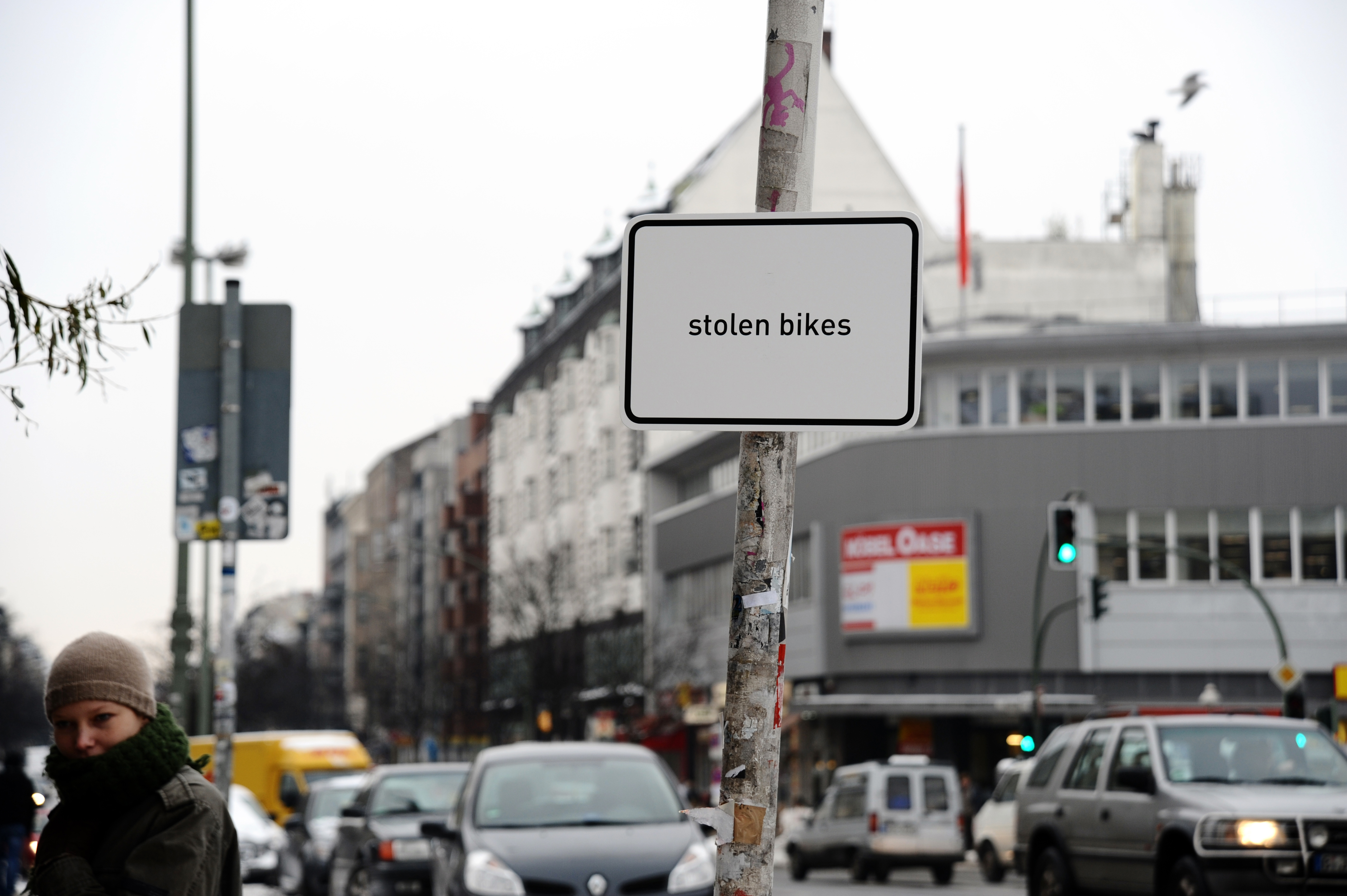 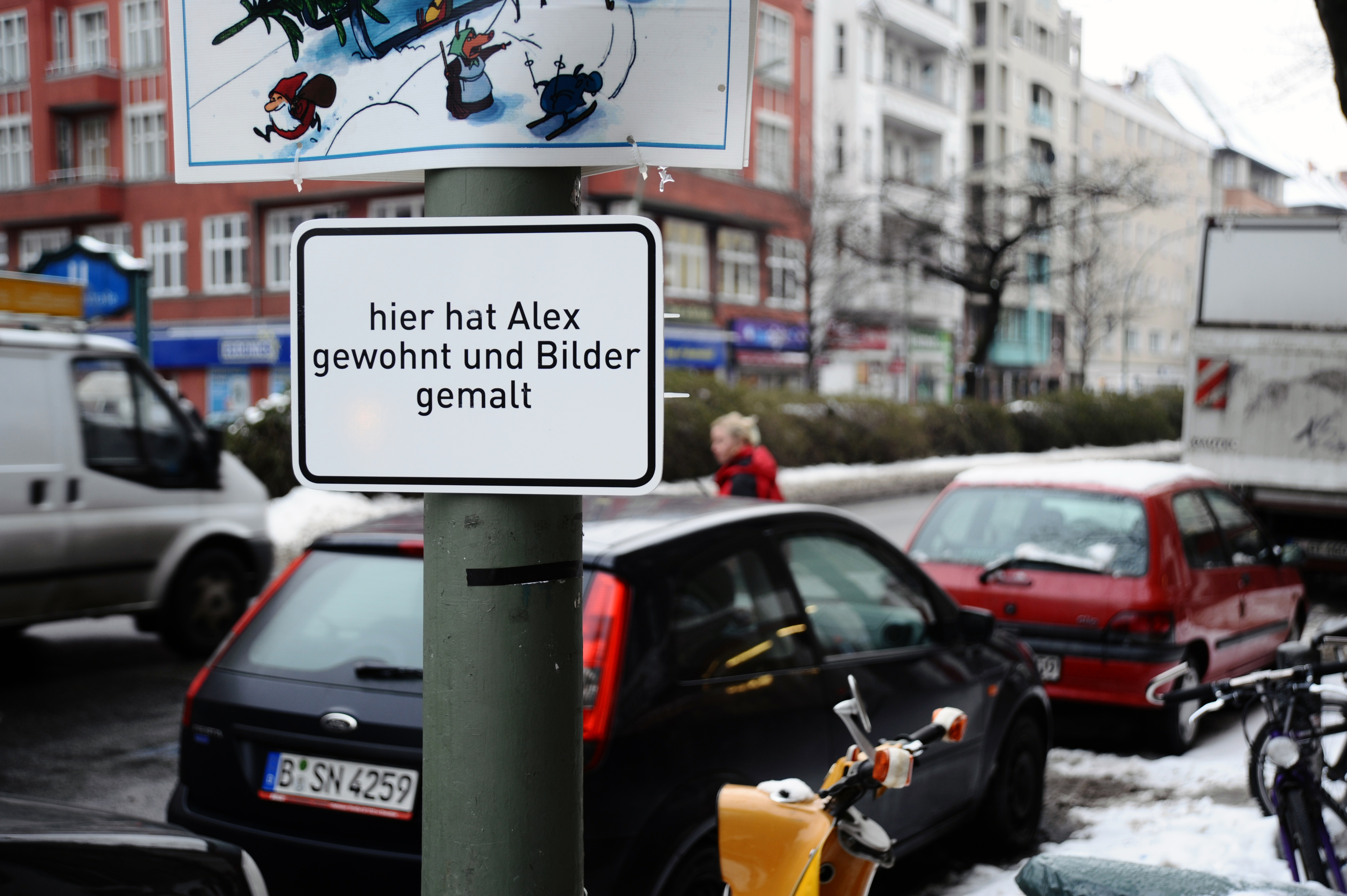 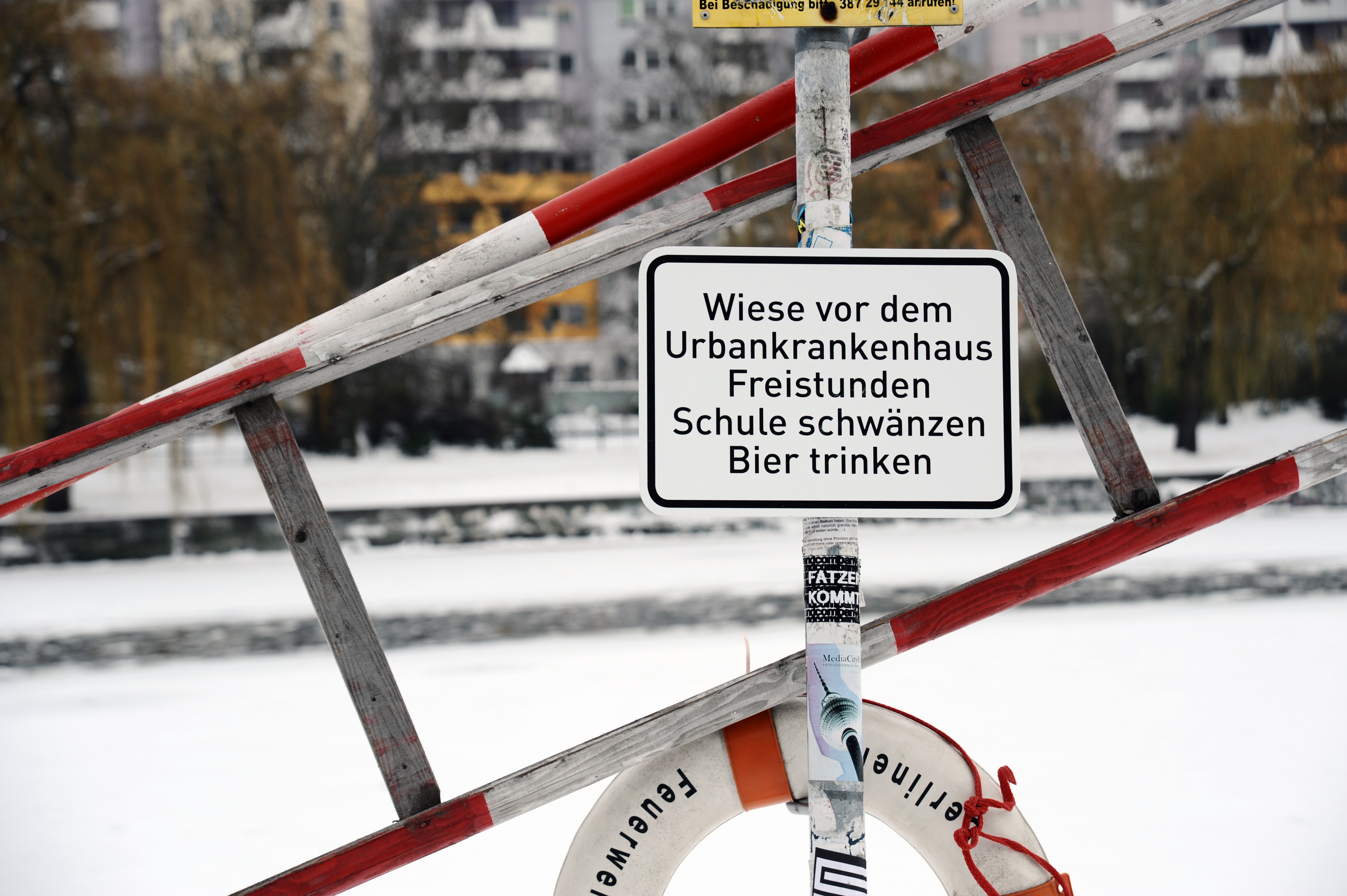 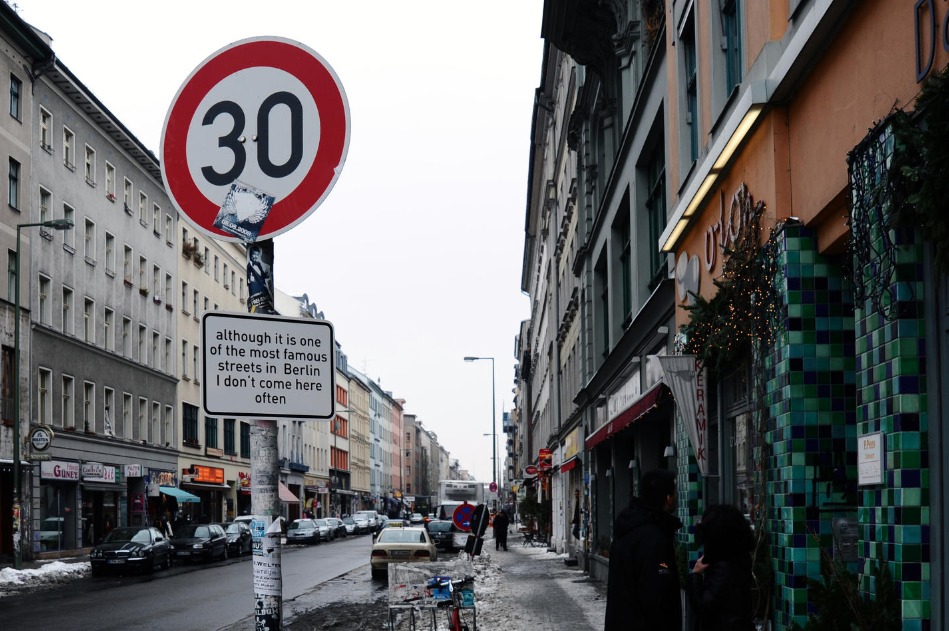 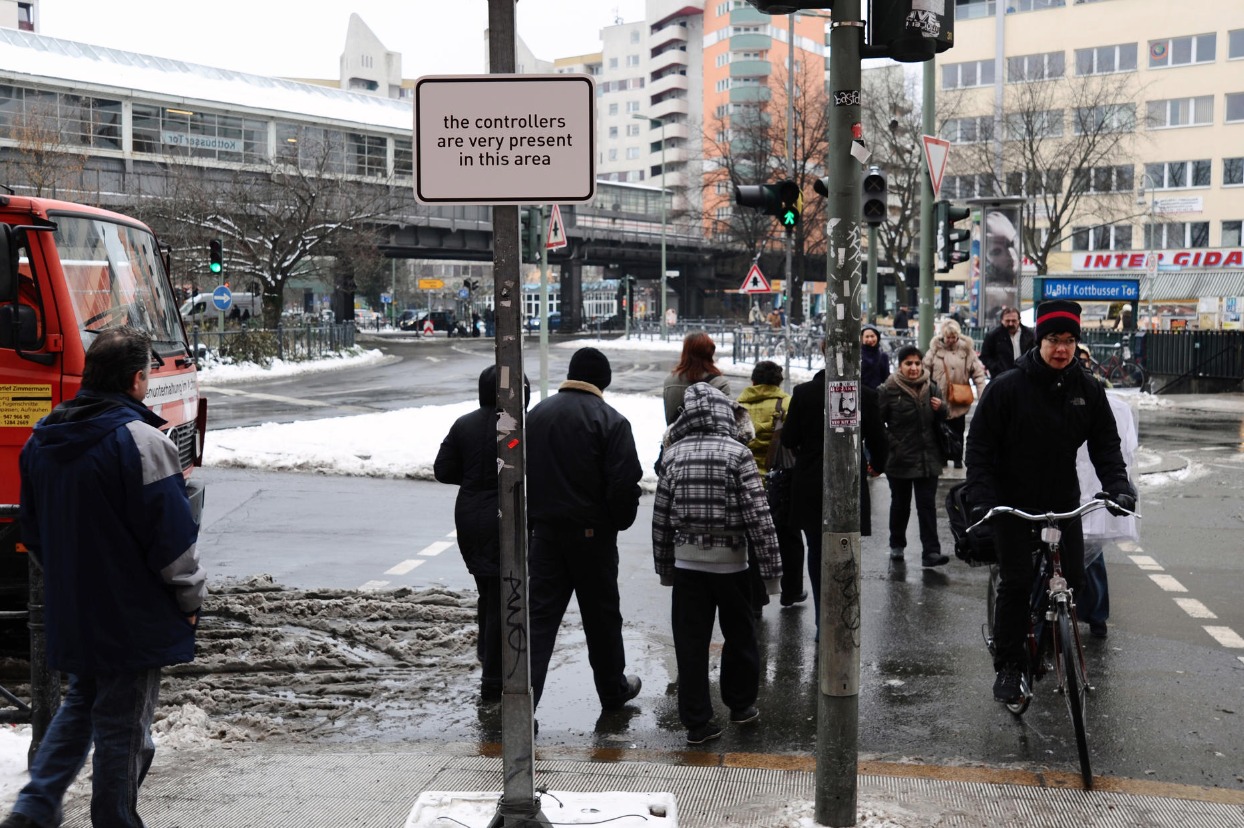 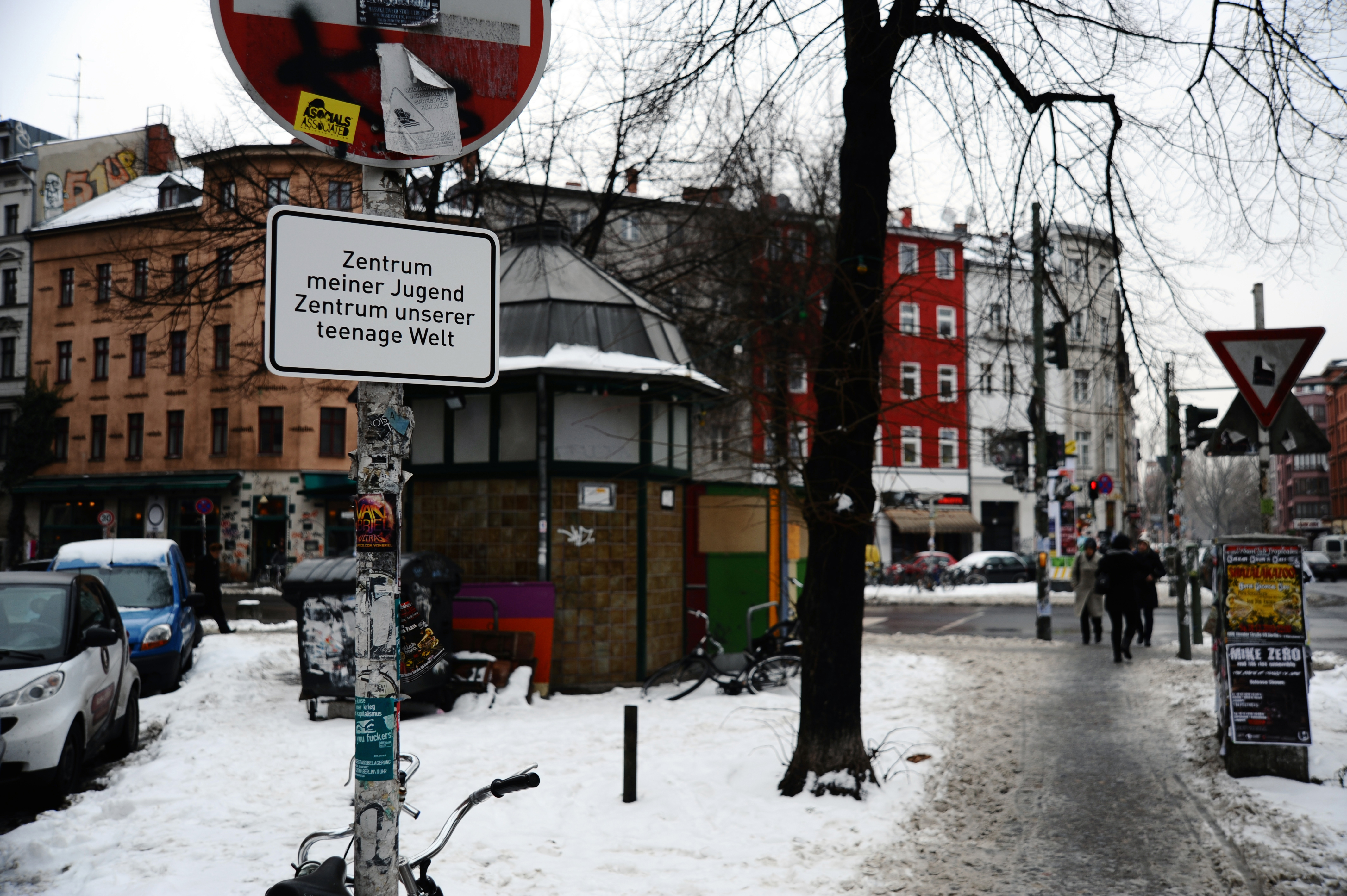 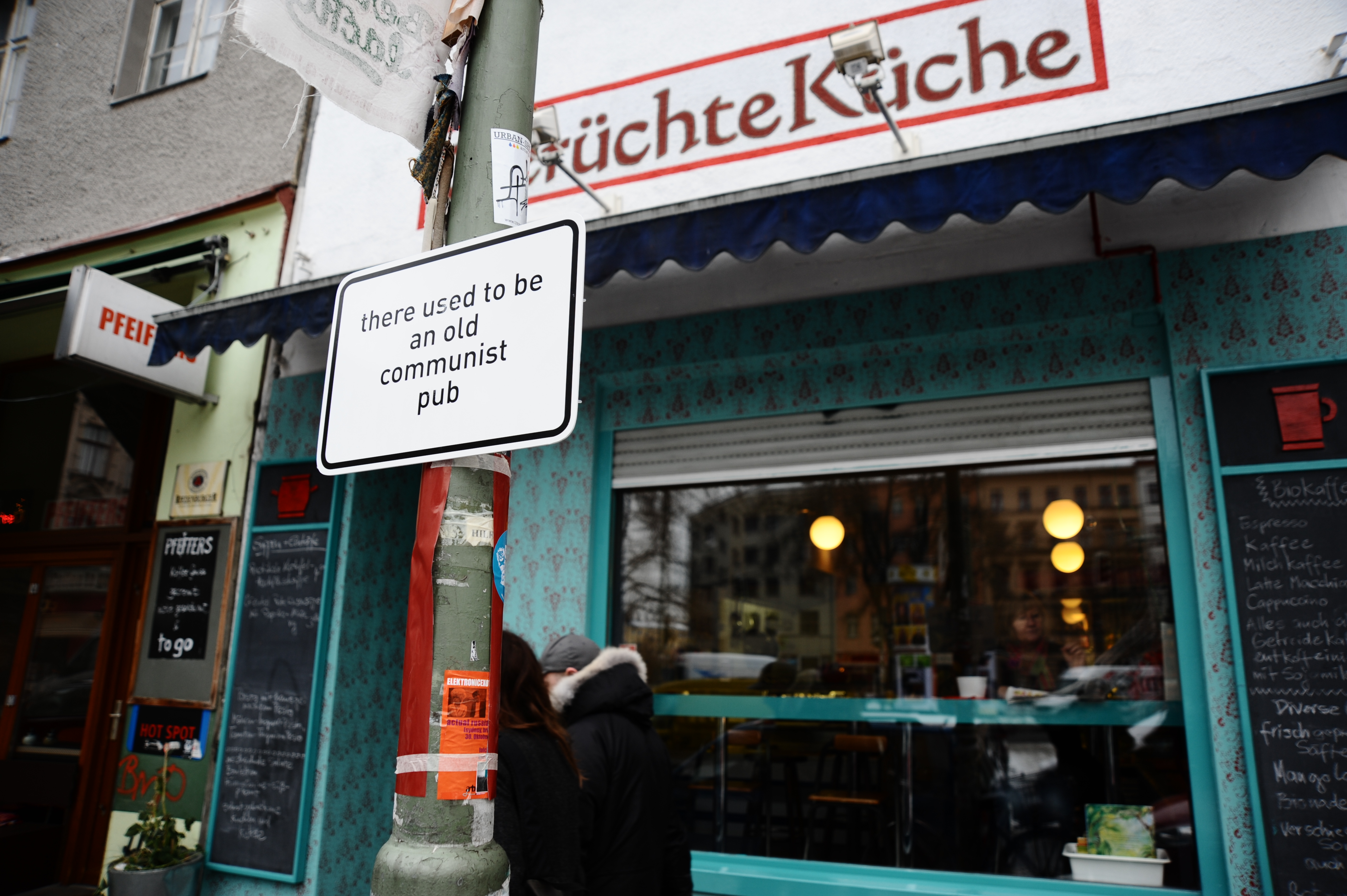 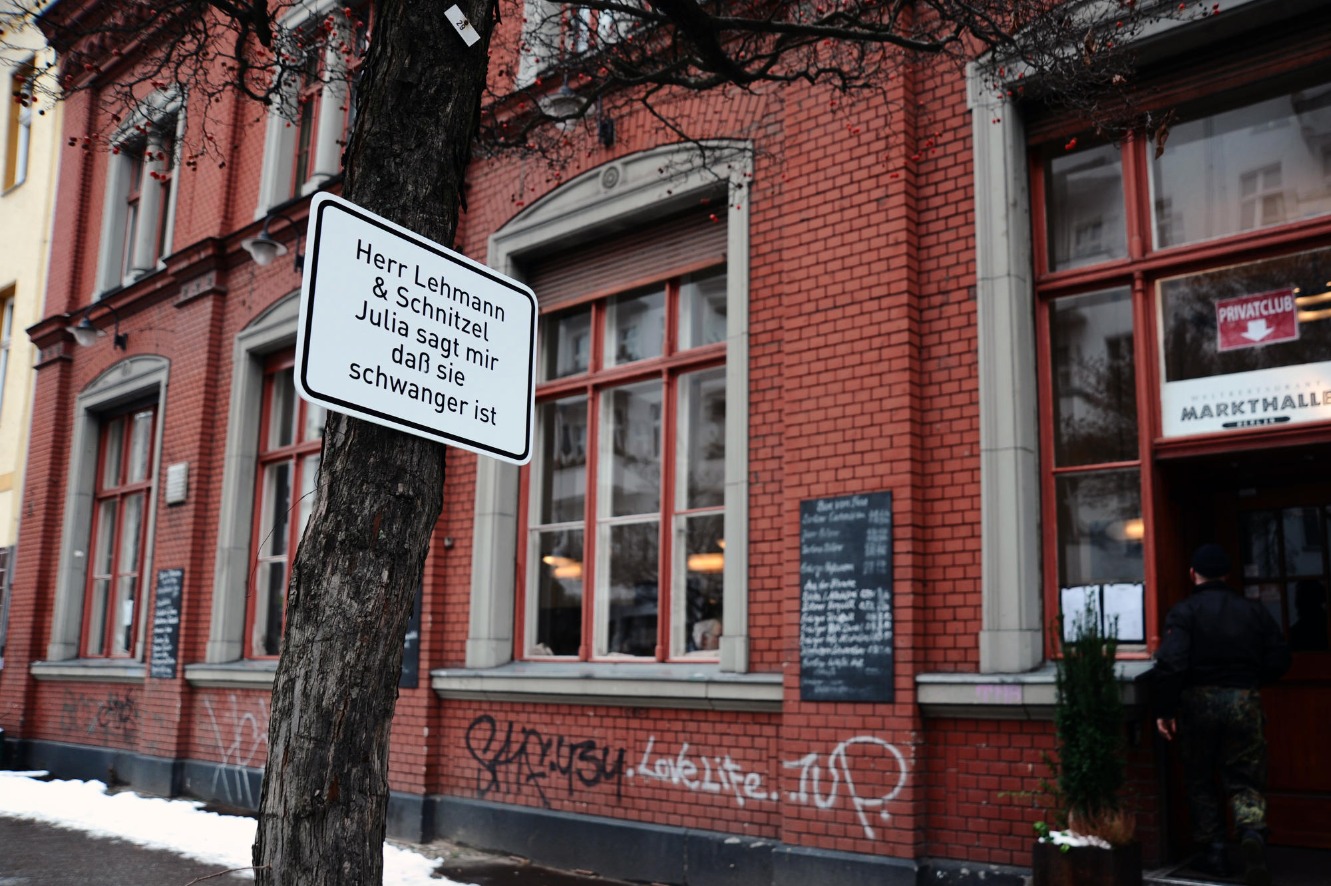 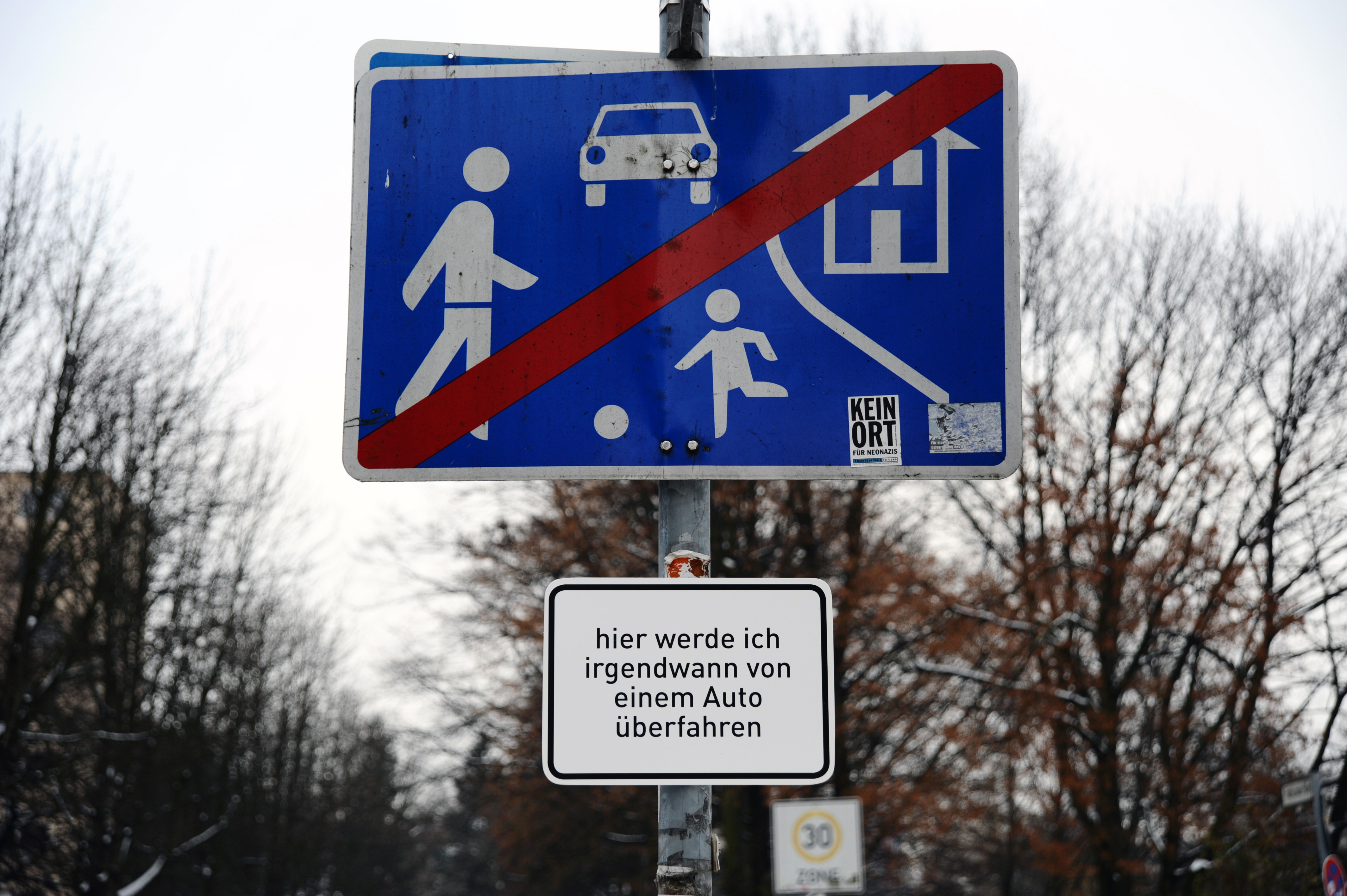 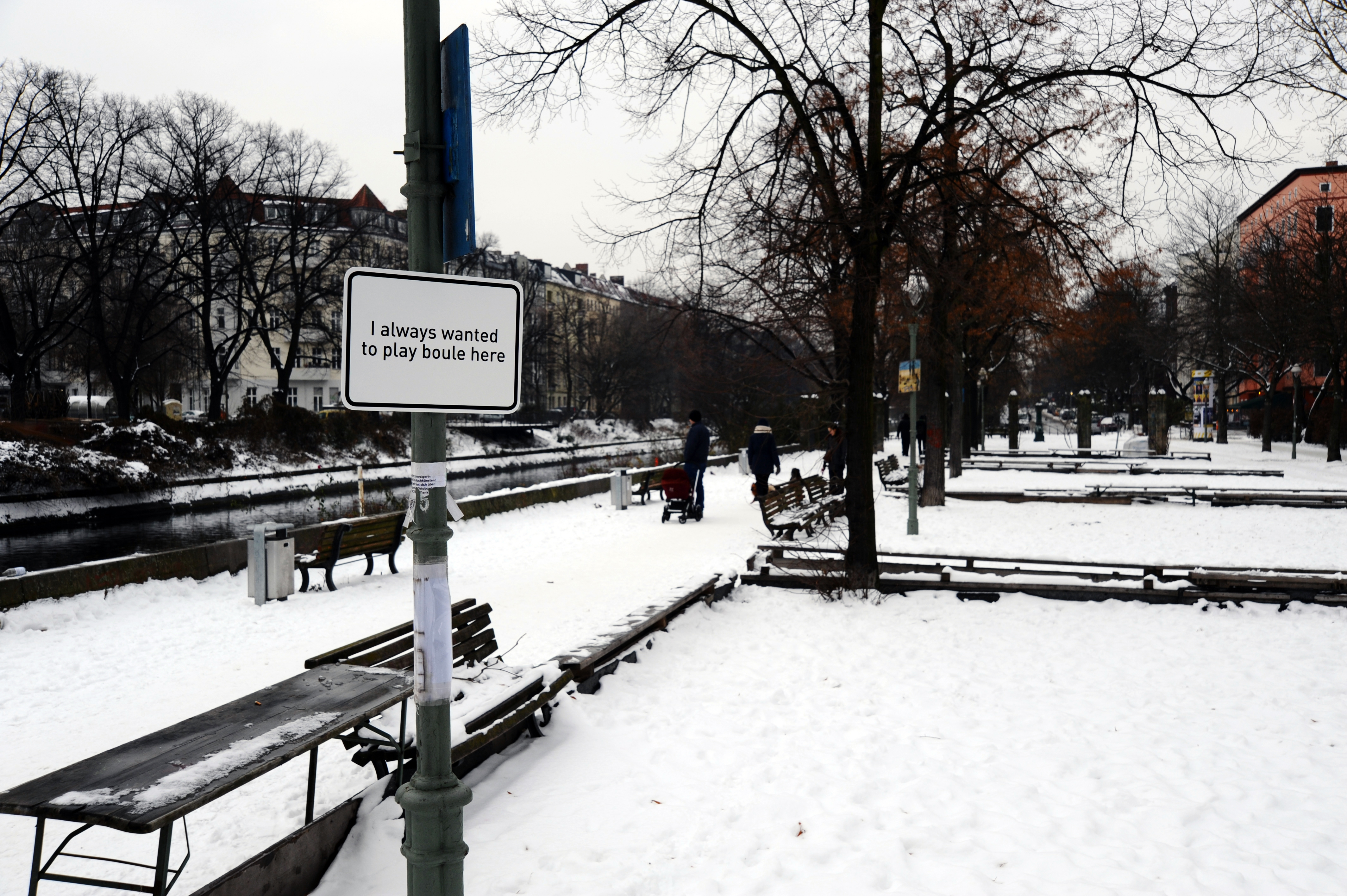 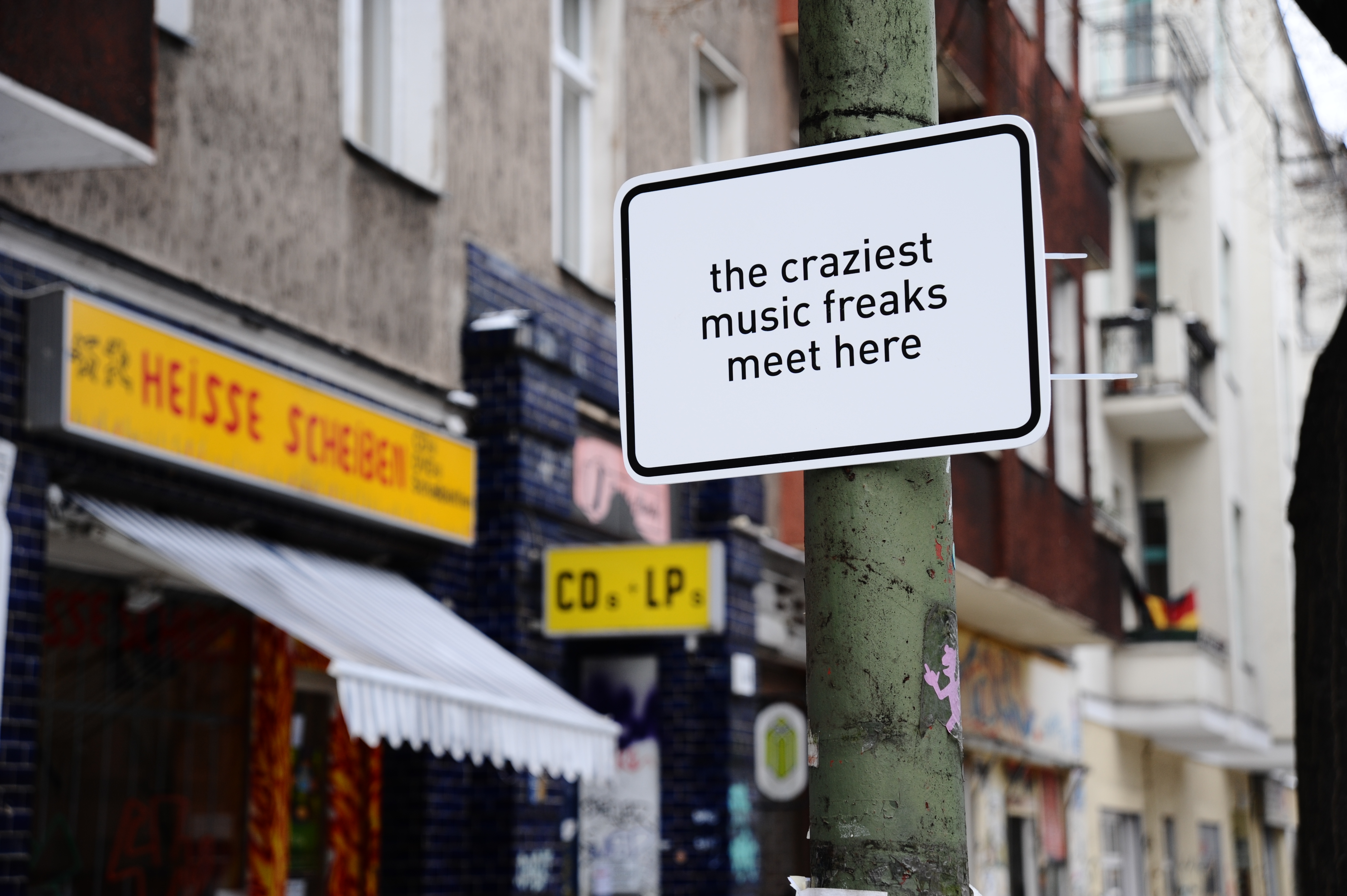 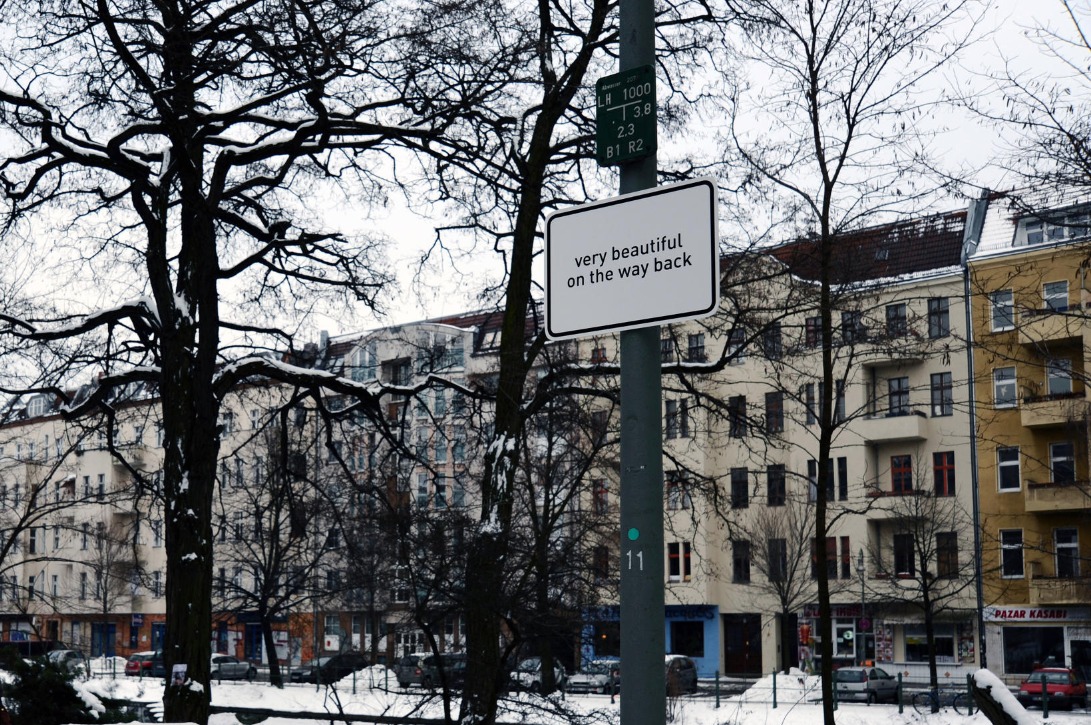 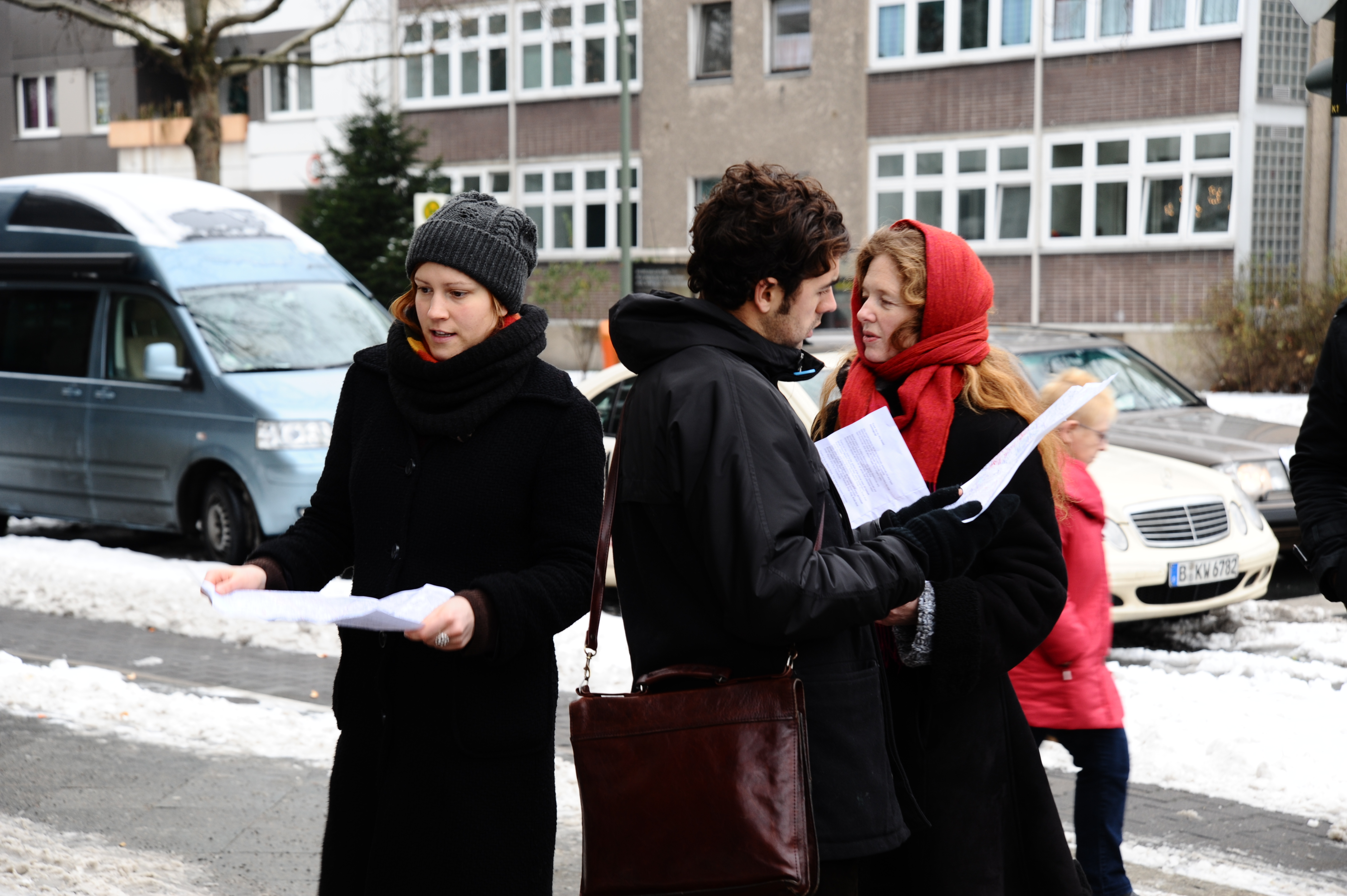 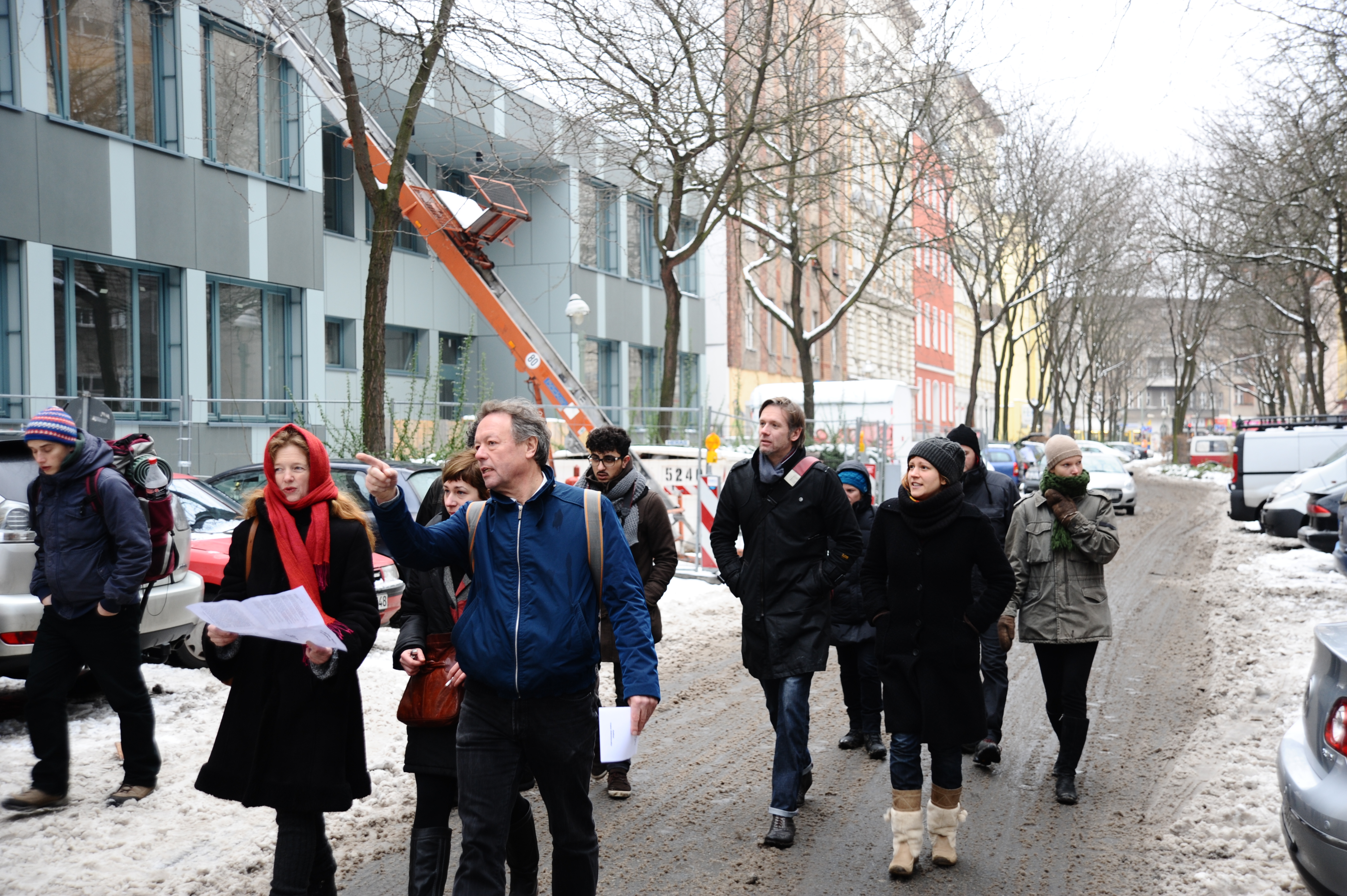 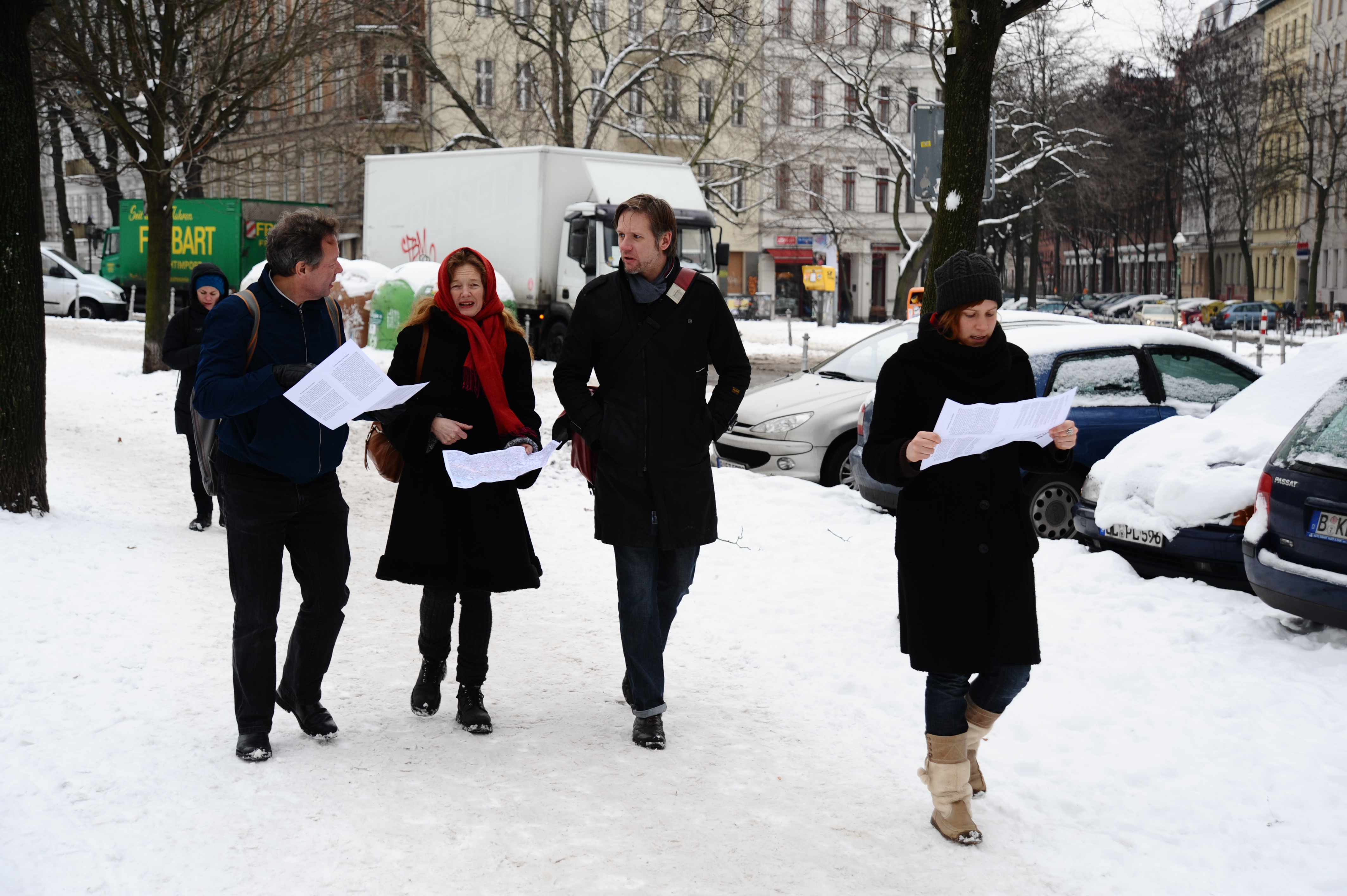 Documentation of the walk in Kreuzberg (Photos by Ljupcho Temelkovski)